NMIN is advancing research, innovation & training in nanomedicines to maintain Canada as the world leader in this revolutionary approach to treat & cure disease.

Nanomedicines, “smart” medicines that employ various forms of nanotechnology, are poised to have a revolutionary impact on drug development.

Nanomedicines will deliver drugs, such as anticancer drugs, more specifically to sites of disease to dramatically improve efficacy and reduce toxicity, and will also enable gene therapies employing RNA and DNA that have the potential to treat most human diseases. Diagnostics and imaging agents based on nanotechnology will allow us to detect disease earlier and monitor the effectiveness of therapy more accurately.

Nanomedicines have enormous potential to become the dominant medicines of the future.

The NanoMedicines Innovation Network (NMIN) is uniquely poised to reap this potential by building on the substantial achievements of Canadian scientists and entrepreneurs in nanomedicine.

NMIN researchers played material roles in the development of five of the 13 nanomedicines approved for systemic use by US FDA, Health Canada, and European EMA regulatory agencies, and they have established a vibrant nanomedicines R&D industry in Canada, consisting of over 20 companies with over 500 employees. These achievements allow Canada to claim the best record, worldwide, for the development of clinically approved nanomedicines.

NMIN’s vision: to establish and mobilize a network drawn from academia, industry, and not-for-profit research enterprises to maintain and improve Canada’s position as a global leader in developing next generation nanomedicines

NMIN’s mission: to develop novel therapeutics to cure high-burden human diseases and new diagnostics to detect disease more precisely; to commercialize these products to bring health and economic benefits to Canadians; and to train the skilled workforce required by the growing nanomedicines industry

The NanoMedicines Innovation Network (NMIN) is advancing “smart” medicines to cure disease by delivering small molecule drugs more specifically to disease sites and enabling the clinical use of gene therapies.

NMIN invests in projects aimed at developing new therapeutics and diagnostics. Particular efforts are made to conduct projects partnered with industry to ensure market impact.

NMIN is funded by the Government of Canada through the Networks of Centres of Excellence (NCE) Program.

NMIN is based on R&D efforts to develop nanomedicines that began in 1980 at the University of British Columbia (UBC). Funding from UBC Excellence Funds in 2016 allowed UBC-based scientists to establish links with investigators across Canada to develop a national nanomedicines program. This resulted in the successful NMIN application to the federal NCE program.

In 2019 NMIN was awarded five years of funding (2019-2024) from the Government of Canada through the Networks of Centres of Excellence (NCE) Program.

NMIN researchers are located in universities across Canada. Team members have contributed to the development of five of the 13 systemically-administered nanomedicines approved by the US FDA, the European EMA and Health Canada to treat human disease.

NMIN researchers, together with Canadian companies Arbutus Biopharma and Acuitas Therapeutics, developed the lipid nanoparticle technology (LNP) incorporated into a gene therapy nanomedicine (Onpattro) that was recently (August 2018) approved by the US FDA to treat an incurable hereditary disease known as hereditary amyloidogenic transthyretin (hATTR) amyloidosis. Onpattro is the first RNAi gene therapy drug to be approved by the US FDA.

NMIN researchers have experience and resources that go well beyond academic discovery. These resources include all aspects of drug discovery and development, such as development of the complete preclinical data packages that warrant the investment necessary to move a drug into the clinic, experience and resources in navigating a complex IP landscape, experience in raising the financing necessary to move a drug into and through clinical trials, and experience in manufacturing at all levels (bench, preclinical studies, and large-scale GMP production).

NMIN researchers who have not founded companies have worked closely with industry, as indicated by the large investments (over CAD $11M) that industry has made in the research programs of NMIN members in the last five years, and by more than 50 co-authored papers with industry partners.

NMIN is committed to recognizing and reducing systemic barriers and mitigating biases of all kinds to develop an inclusive network of nanomedicine and nanomedicine-related experts from across disciplines and sectors.

By integrating equity, diversity and inclusion into every process of the Network, this will exponentially strengthen the nanomedicines research and innovation community and the quality, relevance and impact of its research.

NMIN partners with industry, the healthcare system, and the government.

Business-oriented partners help design projects to ensure they will result in the creation of viable commercial products, and help NMIN to identify new potential partners or licensees.

All of NMIN’s proof-of-principle (PoP) projects—projects that aim to validate a diagnostic or to demonstrate a nanomedicine’s potential to treat a particular disease—are conducted in collaboration with industry partners, who bring cash and in-kind support. These partners play an integral role in delineating PoP project plans.

The University of British Columbia (UBC) is the host institution of NMIN.

The nanomedicines field is a high-priority area for UBC in which it has a distinguished track record: UBC faculty have founded more than 10 nanomedicines spin-off companies leading to five nanomedicine products approved by the FDA and other regulatory agencies. 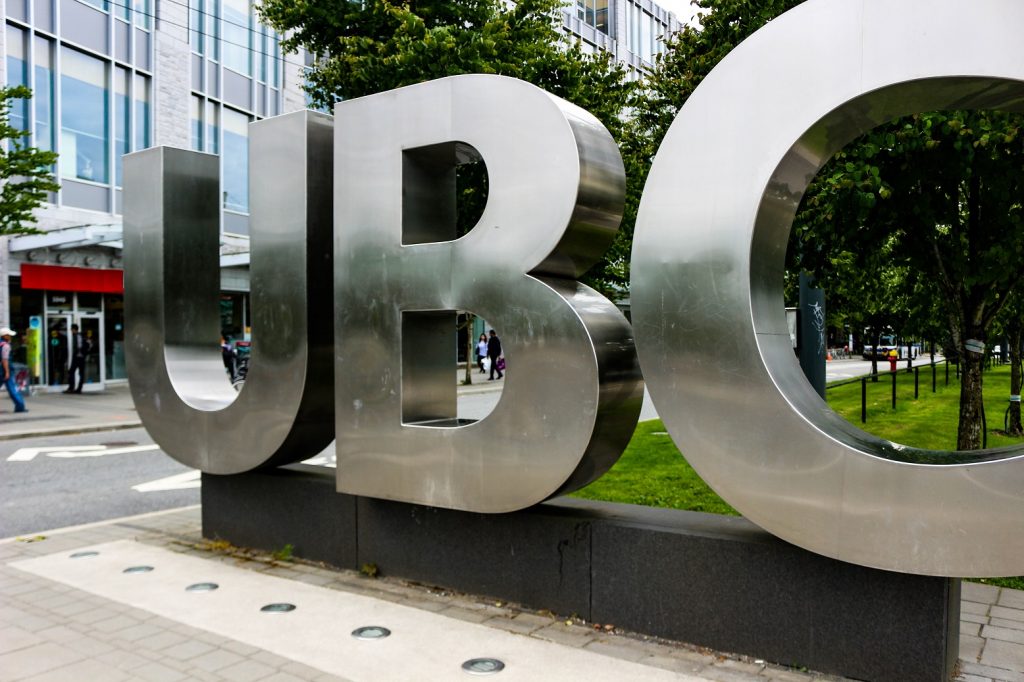 NMIN Network Member institutions are signatories to the NMIN NCE Network Agreement. Network Members can include Canadian universities or postsecondary institutions with a mandate for research, as well as affiliated institutions eligible to receive research funds from any of the federal Tri-Council granting agencies – SSHRC, CIHR and NSERC. Network Members are the institutional hosts of NMIN Principal Investigators and their research teams and contribute cash and in-kind resources toward NMIN-supported projects.