NMIN leverages the research and entrepreneurial excellence of a pan-Canadian, multidisciplinary team.

NMIN’s Board of Directors (BoD) provides governance and monitors progress towards strategic goals. The BoD receives input from two Advisory Committees: the Executive & Nominating Committee, and the Finance & Audit Committee.

NMIN’s Research program receives oversight and strategic direction from the Research Management Committee (RMC). Each of the program’s three Themes and two Core Facilities are further overseen by two Co-leaders.

The Administrative Centre Team provides support to the Research and the HQP programs, and implements the network’s administration, operations, IP, and communications cores on a day-to-day basis. 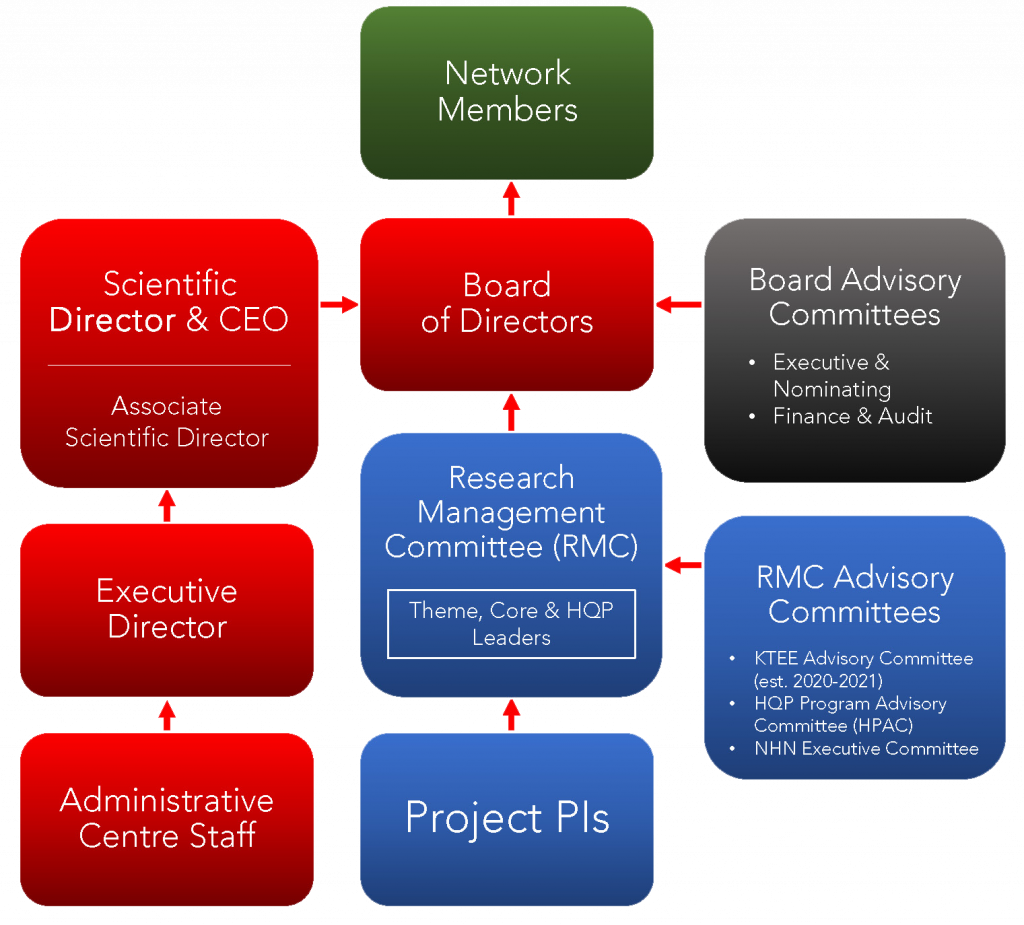 NMIN’s Board of Directors (BoD) provides governance and monitors progress towards strategic goals.

The BoD includes 10 individuals with leadership experience in areas ranging from law to corporate management. Committees of the Board include the Board Executive, Board Nomination, Audit and Finance, Conflict of Interest, and Ethics Advisory committees. Members of the BoD also form adhoc committees or special task forces as needed.

With representatives from academic and industry partners, the Research Management Committee (RMC) is responsible for ongoing assessment of all projects and provides recommendations to the BoD regarding research priorities and budget allocations.

NMIN research is organized into three themes, led by Theme Leaders: Targeted Drug Delivery, Gene Therapy, and Diagnostics, each consisting of up to 10 projects. The research themes are supported by two core facilities led by Core Leaders: NanoCore and PharmaCore

The Administrative Centre team consists of the Executive Director, the Executive Assistant, the Finance Manager, the Research and Partnerships manager, the HQP & Events Coordinator, and the Digital Initiatives Consultant. This team supports and facilitates the work of the network’s Governance, Management and Program teams, and is responsible for the network’s day-to-day operations. 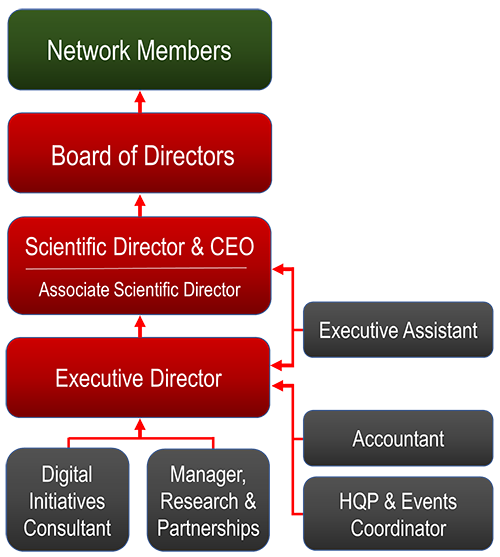