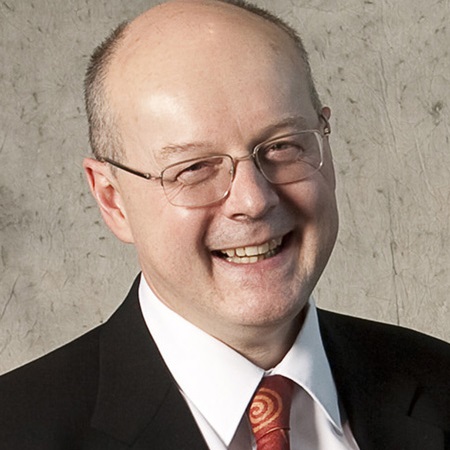 The Board of Directors of the NanoMedicines Innovation Network (NMIN), a national Networks of Centres of Excellence (NCE) funded by the Government of Canada, has appointed Dr. Gilbert Walker Scientific Director & CEO, effective 14 September 2022.

Dr. Walker is a Distinguished Professor in the Department of Chemistry in the Faculty of Arts & Science at the University of Toronto and the Chief Technical Officer of Sylleta Inc., a clean-tech company developing cost-effective and eco-friendly technologies for aquaculture.

“I am eager to continue working with all the tremendously talented and capable people in this Network toward achieving the most impactful social and economic outcomes possible in the time remaining to us as a funded NCE,” states Dr. Walker.

“Solidifying our legacy strategies and launching their implementation will also be a major focus for me. Preserving the major components of NMIN’s nationally networked structure is a key objective for all our stakeholders. The Network has generated significant new opportunities for research and collaboration, as well as other benefits in the context of the Canadian nanomedicine innovation ecosystem. It is important that the Network be maintained as a national research and innovation asset.”

“Many NMIN projects have created promising outputs that we aim to position for optimal translation into new therapeutics and diagnostic technologies with commercial potential,” he adds. “Meanwhile, NMIN’s new multidisciplinary and multi-institutional research teams will be facilitated to ensure cross-network fertilization that will position them for a wide array of future funding opportunities. In doing so, we will continue to emphasise inclusivity and the promotion of opportunities for members of equity deserving groups to access the full potential of all Network members.”

“I am happy to continue working with Dr. Walker,” states NMIN’s Board Chair Inès Holzbaur. “His extensive knowledge of Network operations, his championing of collegiality, capacity building, networking and EDI, and the breadth of his scientific knowledge will all serve the Network well as it enters its culminating phase as an NCE.”

Dr. Walker’s research covers a wide range of interests, including interfacial chemistry, hydrophobic hydration, 2D materials, nanoscale infrared imaging tools and photonic nanoparticles. He has developed techniques for chemical imaging and mechanical mapping with nanometric resolution, created a tool to rapidly acquire infrared spectra on the nanoscale, and is using metal nanoparticles as surface-enhanced Raman scattering beacons for the multimodal imaging of cancer cells and structural investigation of proteins related to Alzheimer’s disease.